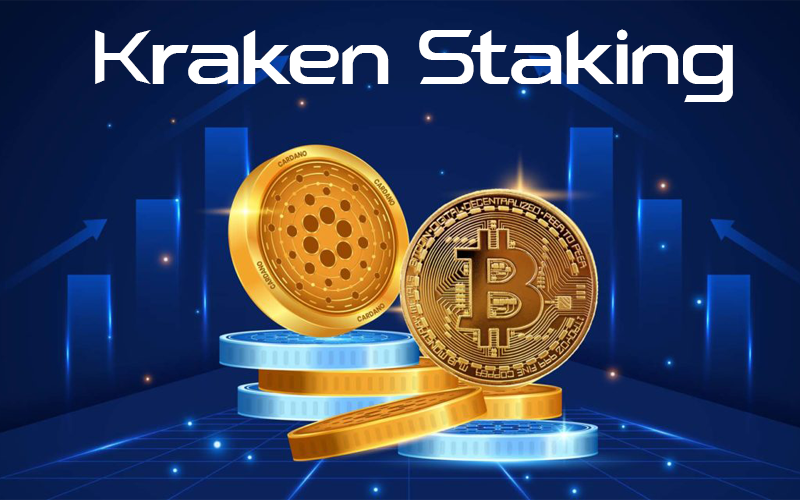 When you exclude crypto trading, staking is likely the second most popular activity among crypto enthusiasts. Staking has become accessible and often profitable in recent years, thanks to Proof-of-Stake technology and crypto exchange platforms. In this regard, Kraken staking is not an exception. Kraken is a familiar cryptocurrency exchange platform that provides its users with many advanced features.

Staking, in its most basic form, is the process of making your cryptocurrencies “work for you.” They are essentially used to confirm transactions on blockchains and create new blocks, for which you are rewarded.

Staking can be executed in a variety of ways. Staking on Kraken or any of the other cryptocurrency exchange platforms is one of them. This is primarily the best place to start if you’re new to cryptocurrency.

In contrast, special staking pools can be accessed directly or through more advanced cryptocurrency wallets. While these methods may yield better rewards in the long run (yes, Kraken staking rates are also a hot topic), most people will only see incremental increases.

It’s most likely safe to say that staking on Kraken, or any other high-end crypto exchange, has wholly paved the way for many people to enter the industry and try out staking for themselves. Staking interest rates will vary greatly depending on where you look. Some platforms offer annual rewards of up to 2%, while others offer hundreds, if not thousands, of percent.

On-chain staking is the methodology of locking up your crypto assets, coins, or tokens on a specific network so that they can perform the previously mentioned processes for you – transaction confirmations, reward accumulation, and so on.

You can participate in on-chain staking processes with the help of the Kraken staking platform without having to overcome some difficult entry barriers. Kraken has made on-chain staking a simple and beginner-friendly process, with no custom wallet creations or shady token trades.

Off-chain staking is significantly more complicated in terms of legality and regulation. Instead of staking your assets on the main chain, you would hand them over to Kraken, who would then use them in various APY-earning processes.

Kraken is usually acknowledged as one of the best cryptocurrency-related service providers available; this is also true for staking. The exchange makes it simple, user-friendly, and hassle-free while offering fantastic interest rates and a wide range of stackable assets.