How is Monero Different? 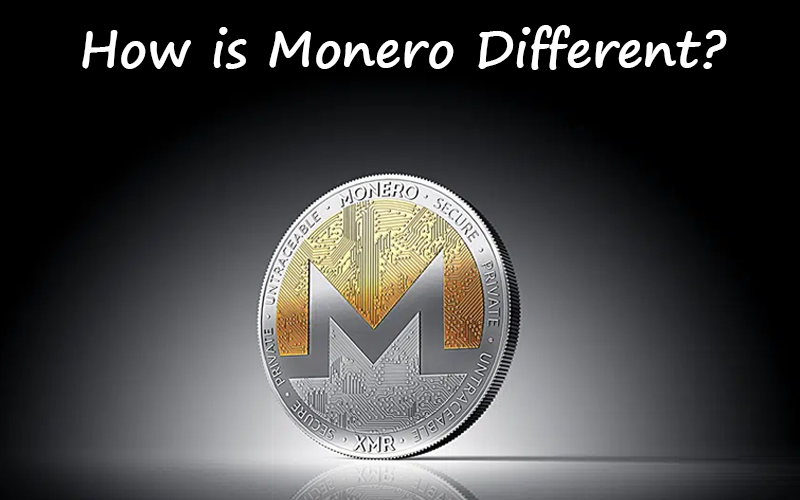 It is elaborated that Bytecoin garnered considerable attention in 2014, but there was a catch: 80 percent of the Bytecoins had already been mined. Simply put, there were not enough Bytecoin coins left to last in the long run. That’s when a group of developers came together to create Monero; a new currency premised on Bytecoin.

Monero’s complicated-sounding feature is a direct result of its privacy feature. Simply put, any two units that can be replaced by one another are fungible. For example, one ounce of gold of a specific grade is equal to another ounce of gold of the same quality, and a $50 bill can be exchanged for any other $50 bill. Monero, like gold and dollar bills, is fungible.

All cryptocurrencies would appear fungible, but this is not the case. Bitcoin and all other cryptocurrencies based on it are not fungible. This is because every Bitcoin transaction can be traced back to see where it has been used. If someone discovers that it has been used in illegal trade, they have the right to refuse to accept it. As a result, tainted Bitcoins cannot be exchanged for good ones.

It essentially refers to issues with the number of transactions that the Bitcoin network can process at once. A block of Bitcoin transactions takes about 10 minutes to process. This results in a maximum transaction rate of around seven transactions per second. You can see why cryptocurrencies must be scalable now. In terms of scalability, Monero outperforms Bitcoin. Every 2 minutes, a block of transactions is processed in Monero. It’s not perfect, but it’s better than nothing.

Mining is the main process of validating cryptocurrency transactions. For example, Bitcoin miners ensure that all transactions on the Bitcoin blockchain are valid. Monero, on the other hand, can still be mined at home using your CPU or GPU. It is critical to making Monero truly decentralized and popular among miners.

So now you understand what Monero is and how it works. You are also aware of its essential characteristics, such as privacy and fungibility, which distinguish it and make it popular.