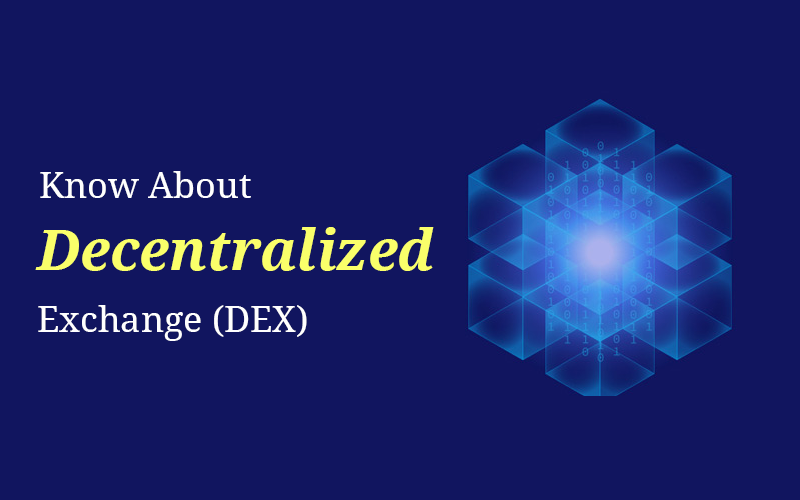 While everyone in the globe seems to be interested of Cryptocurrency and Bitcoin every now people require a break from exploring the biggest opportunity ever to know about Decentralized Exchange (DEX).

It is noted that a centralized cryptocurrency trading exchange is one that vests power in a single authority – where all your personal details, transactions, fees are collected and monitored by a third-party middleman. While decentralized exchanges, also known as DEXs, eliminate such third-party middlemen and intermediaries by connecting users directly to one another thus eliminating concentrated power and the control of personally protected details. Finally both centralized and decentralized exchanges carry their respective benefits.

The importance of Decentralized Exchanges

Decentralized exchanges are particularly designed for the exchange of value between two parties, where, bound by smart contracts, parties are able to enter into agreed upon transactions with assurance that the other side will fulfil their end of the bargain.  Moreover the smart contracts are self-executing, meaning once the parameters and scope of the contract are agreed upon, they are automatically executed.

So instead of matching a user’s buy and sell orders in a cryptocurrency exchange’s order book, orders are perfectly matched peer-to-peer (P2P), or with the actual people behind those orders.

Decentralized exchanges carry great value for a blockchain community as they ultimately enable Seamless, Secure, & Transparent transactions across an otherwise complex and evolving network. It also enables users to skirt lengthy and highly personal sign-up and verification processes, permitting them to not only trade securely, but anonymously.

How Do Decentralized Cryptocurrency Exchanges Work?

As we know already that when interacting with centralized cryptocurrency exchanges, users and traders subject to the control and criterion set forth by a central managing authority.

With decentralized exchanges, they are entirely independent of their own, unrestricted by monolithic and concerted power efforts. They actually place power and control back into the hands of the users powering the crypto ecosystem.

Example of how a decentralized exchange works

Say you have 50 MORPH tokens and your looking to convert that token back into Ethereum, you’ll open an order book to create a new order where you establish the:

Many of the decentralized exchanges use automated order scripts, filling your outlined order with a matching order placed by another user. The decentralized exchanges as striving for accurate equilibrium between users, where once exchange rates and order amounts are agreed upon by users, their tokens are temporarily locked into a smart contract, which then securely executes the trade.

The most fundamental feature of decentralized exchanges is that of safe trading. Rest is guaranteed that your funds are not controlled by a third-party middleman, and will be released for transactions when orders are actually:

What are Market Makers and Takers?

Market makers and market takers are two common terms you have likely heard before when transacting on cryptocurrency exchanges. Both carry nuanced concepts that might otherwise be overlooked by novice investors.

For instance when Party A – the maker – brings Token A to the table, they are increasing or creating liquidity for that specific token, while Party B – the taker agrees with such order as it suits his/her price requirements and executes upon such through producing Token B, finally reducing the liquidity of Token A.

There are two core types of fees you’ll likely have to pay:

It is enumerated that network fees, also known as “gas fees,” are fees which are required to be paid for the actual trading of tokens and altcoins. When a trade is about to be executed, the transaction must be confirmed, as all transactions made at such time are combined into a data block – which is finally verified and mined by miners.

Simply put, gas fees are paid directly to miners who actually execute all core functions and actions of the exchange to permit for a user’s deposit, withdrawal, transfer or trade.

It is the second type of fee you would run into when transacting on decentralized exchanges, and depending on whether you are a maker or taker, it might carry relatively large discrepancies in the amount required to be paid.

For instance when you instantly liquidate an altcoin or token by having your order immediately filled, you are considered a taker, and would be charged a higher fee due to the fact you aren’t contributing to the order book.

Market makers are not instantly liquidating a cryptocurrency or altcoin and as such, are assisting to make the market by offering orders to be filled at a later date. So they pay a significant lower and reduced fee.

The purpose behind maker and taker fees is largely felt. The exchanges impose maker and taker fees to keep some level of balance in the trading ecosystem, charging a premium for parties who are instantly take and deduct from overall liquidity, while rewarding users who assist to make the market.

Having a healthy supply of “made” limit orders assist to normalize and steady token and coin prices, developing for a more stable cryptocurrency ecosystem, a necessary for an economy still working out several kinks.