Important Things to Observe In Vertcoin 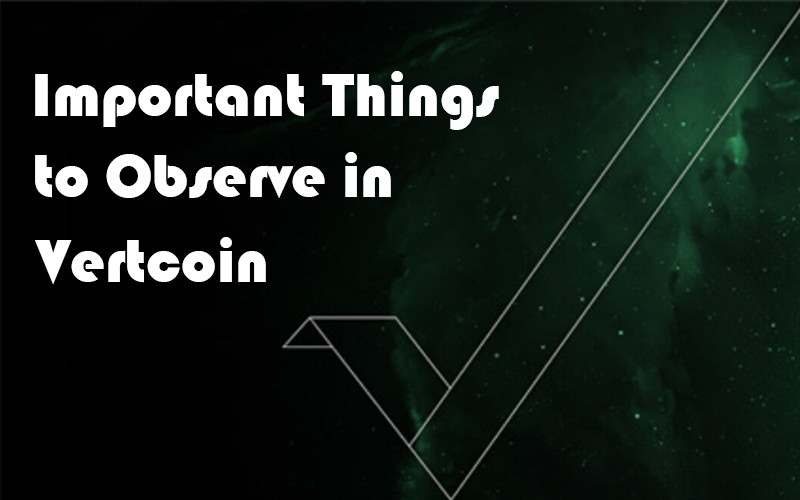 Important Things to Observe In Vertcoin. Vertcoin was qualitatively created in 2014 to compete with earlier blockchains, namely Bitcoin. It is a cryptocurrency that enables people to send and receive coins without using a third party to verify transactions.

There are some significant differences between Vertcoin and Bitcoin. Vertcoin can confirm transactions in 2.5 minutes, whereas Bitcoin takes 10 minutes. Furthermore, while the supply of Bitcoin will be limited to only 21 million, the supply of Vertcoin is four times larger at 84 million.

Vertcoin is also distinct in the way people can participate in mining because it does not permit the use of ASIC hardware devices. It allows people to use their GPUs instead, giving everyone a chance to participate. In Bitcoin, on the other hand, those with the most expensive ASIC devices always receive the mining reward, which is not a fair system.

What to Think About When Predicting Vertcoin

The cryptocurrency industry is highly volatile, with significant price swings occurring daily. It makes predicting the direction of the price complicated at times. Important Things to Observe In Vertcoin. Long term, the most crucial factors influencing cryptocurrency prices are new partnerships, technology, and real-world usage.

Always keep in mind that predictions are the personal opinions of the person making them. As a result, never invest money solely based on pricing predictions; always conduct your own independent research.

Is the VTC Price a Good Investment?

Although there are no specific dates on the Vertcoin roadmap for 2022, there is indeed a comprehensive list of objectives that they hope to achieve. It includes expanding the number of exchanges on which their coin is listed, gaining support for their coin with the Trezor hardware wallet, and establishing the Vertcoin Foundation.

These goals demonstrate that the development team is constantly striving to improve, and achieving any of them could result in a price increase for their VTC coin. Investors like to see goals met, so Vertcoin must accomplish most of the above objectives.

Another factor that could influence the valuation of the VTC price is competition. Many other cryptocurrencies outperform Vertcoin, which means they can process transactions much faster. Furthermore, Vertcoin’s performance levels are very similar to those of Litecoin.